HISTORY OF THE SCULPTURE 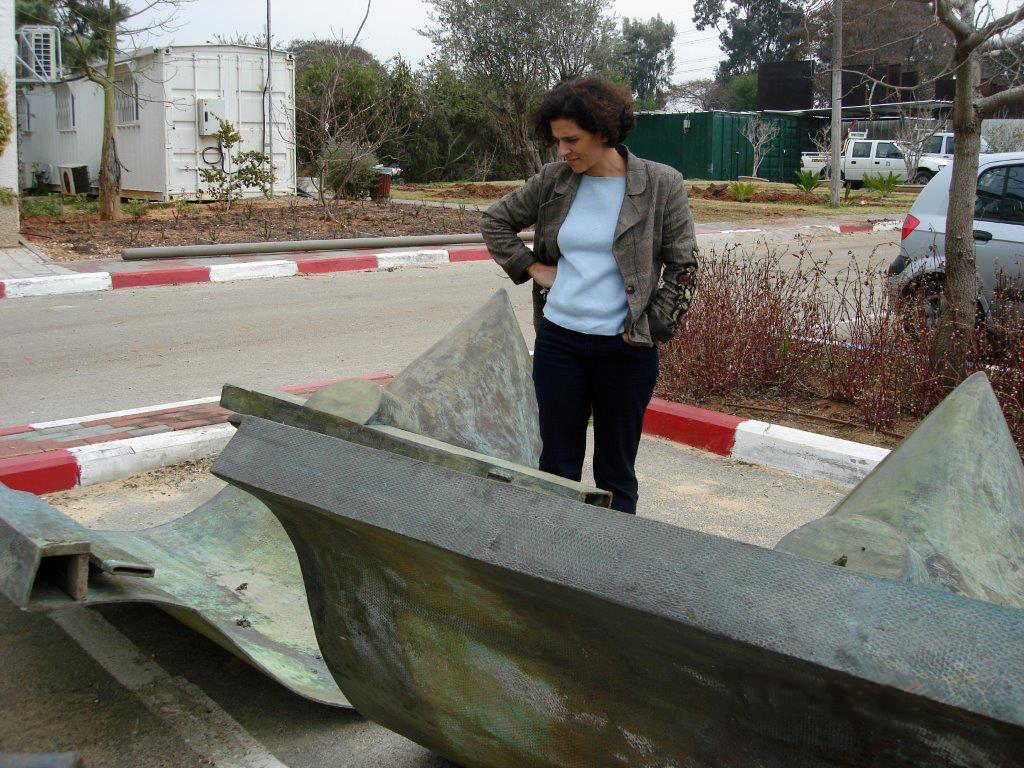 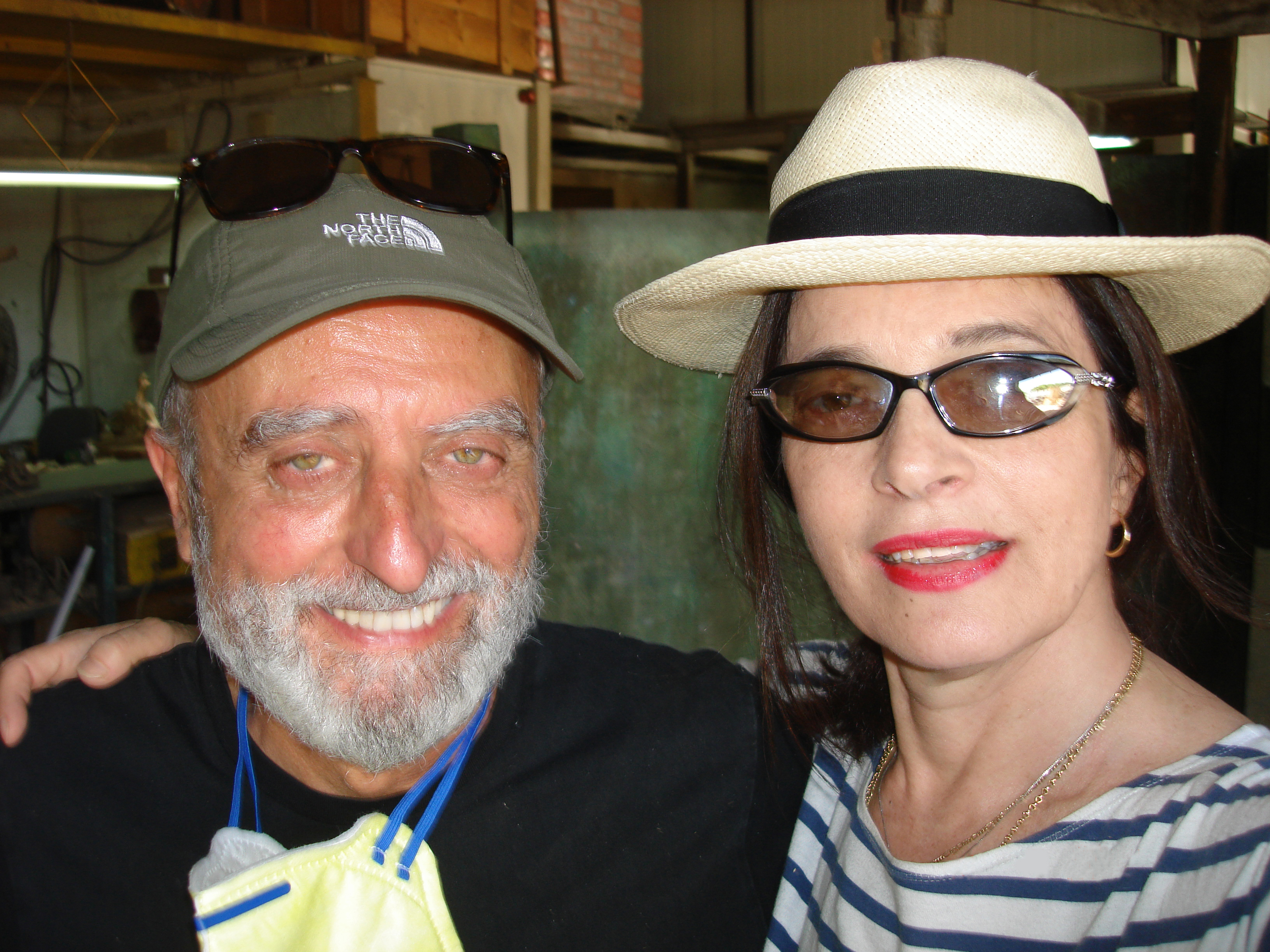 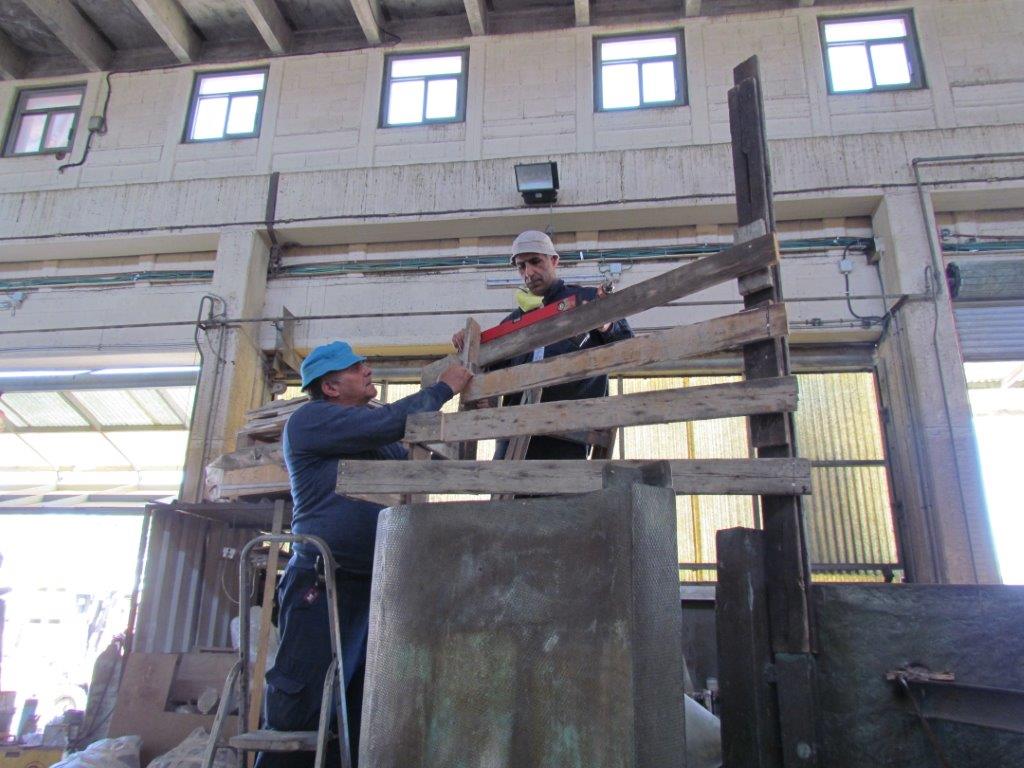 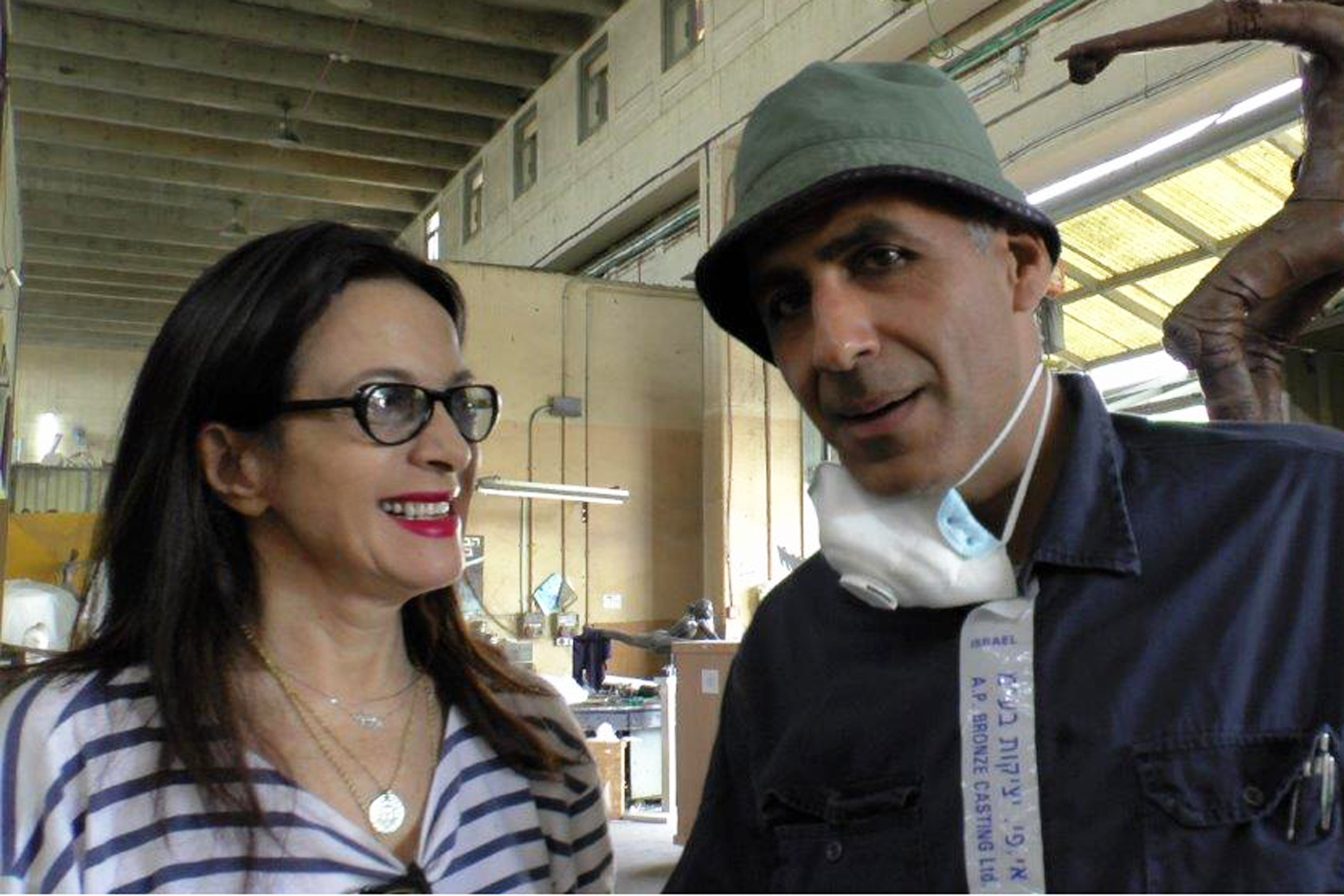 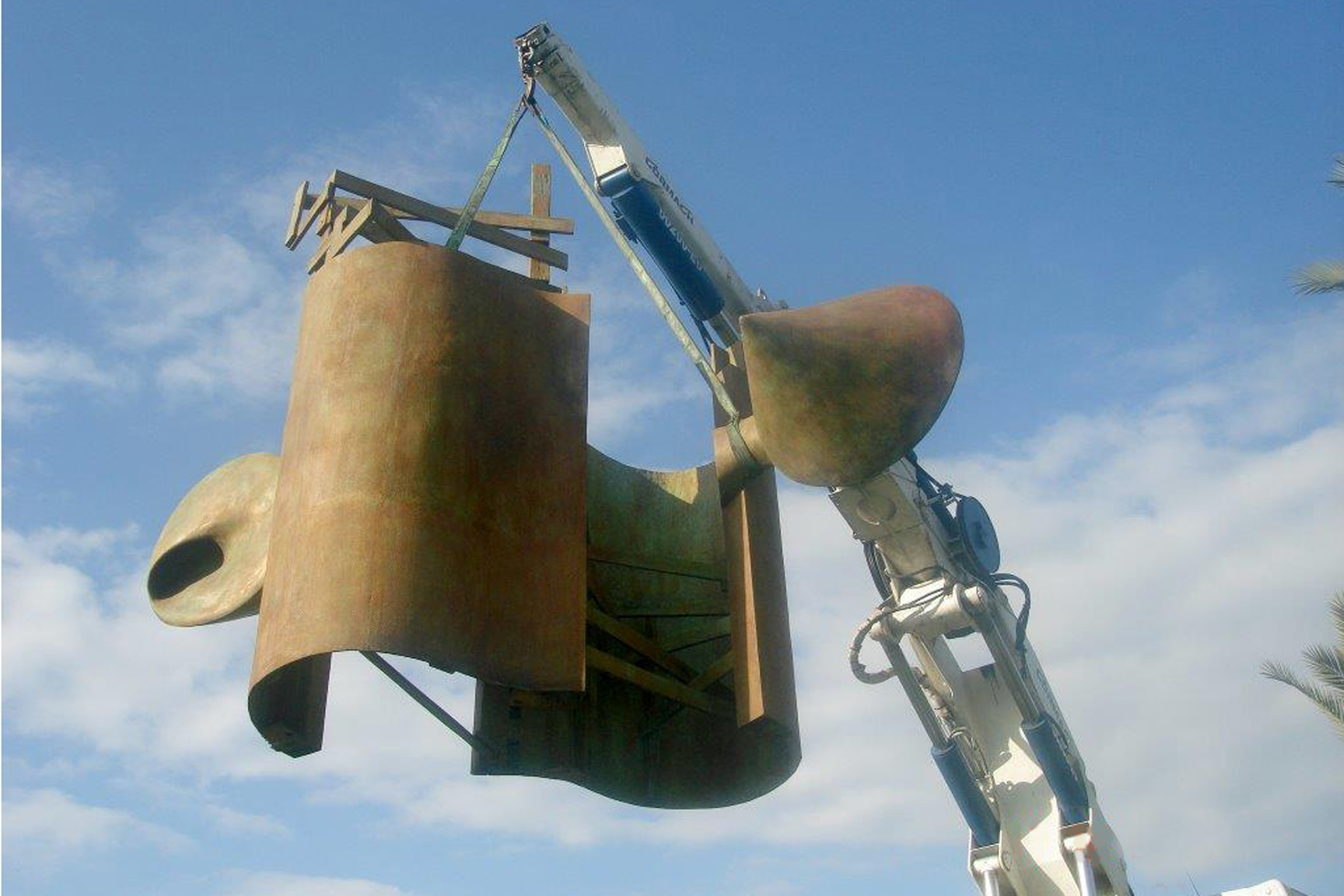 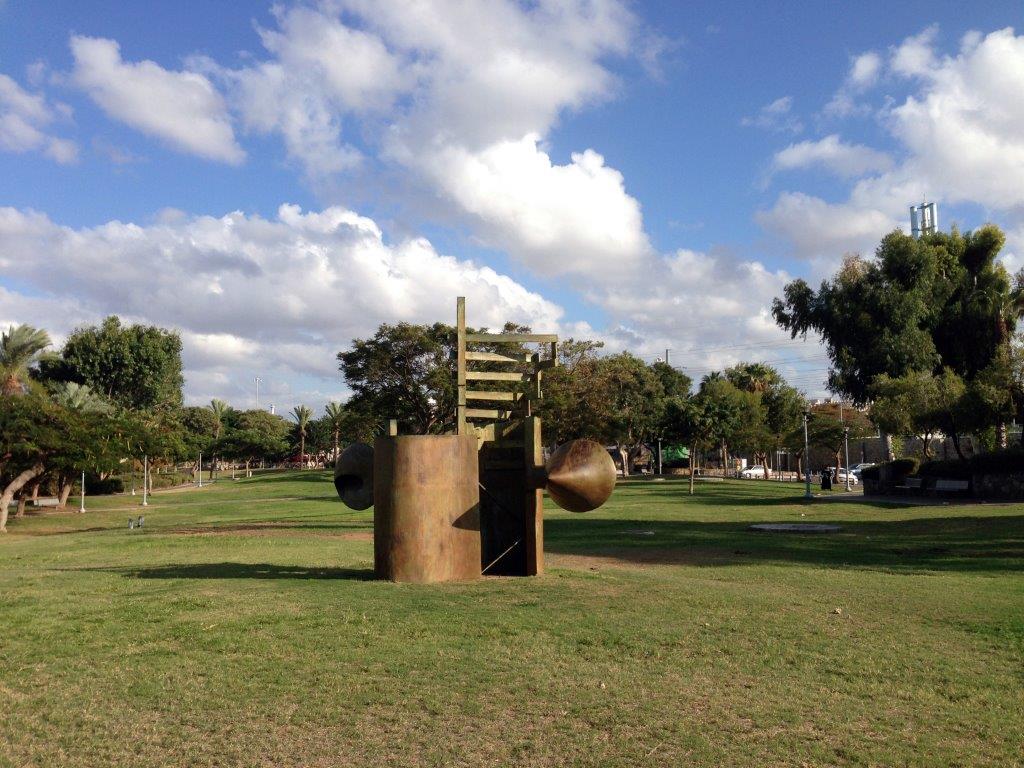 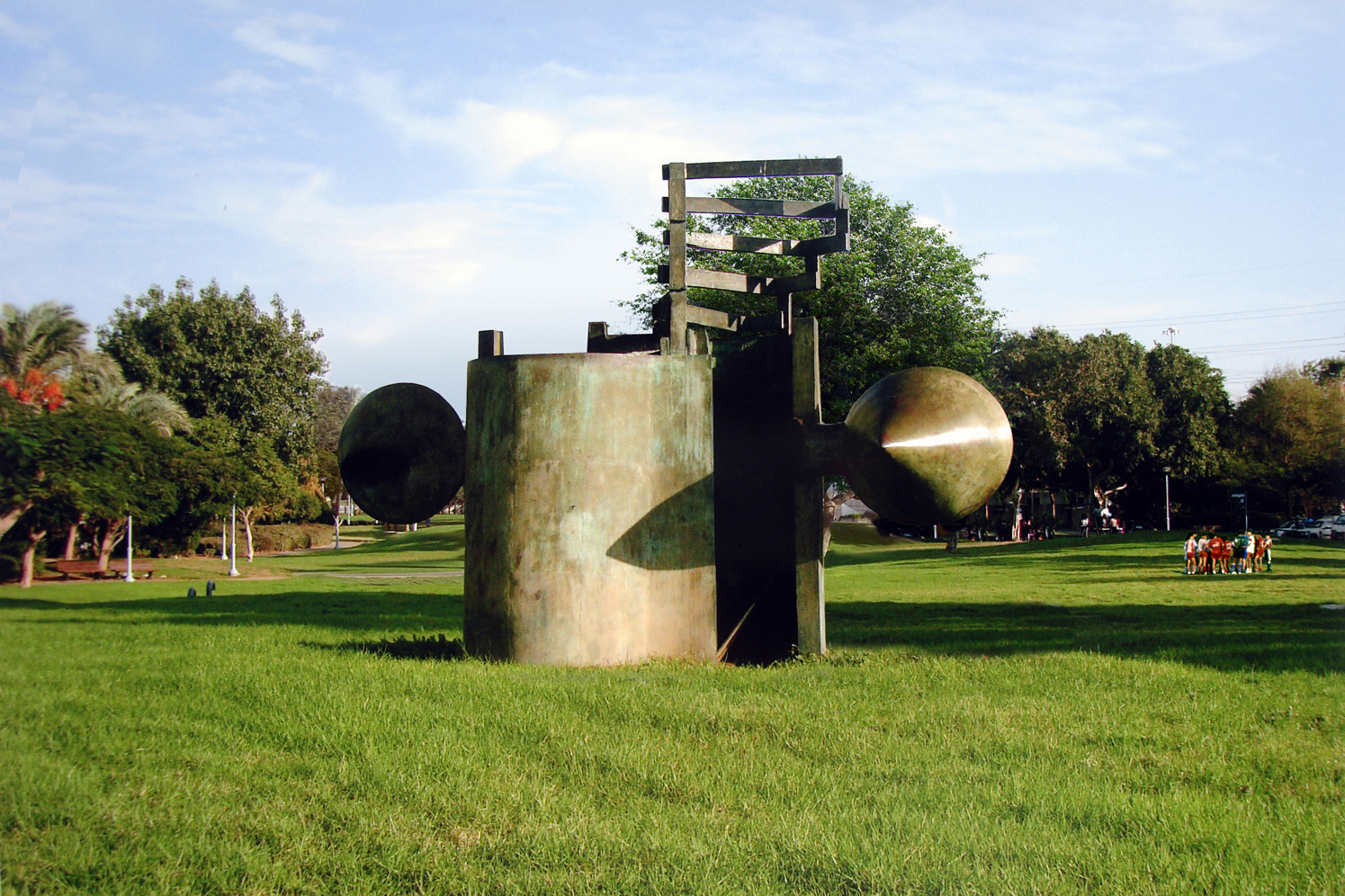 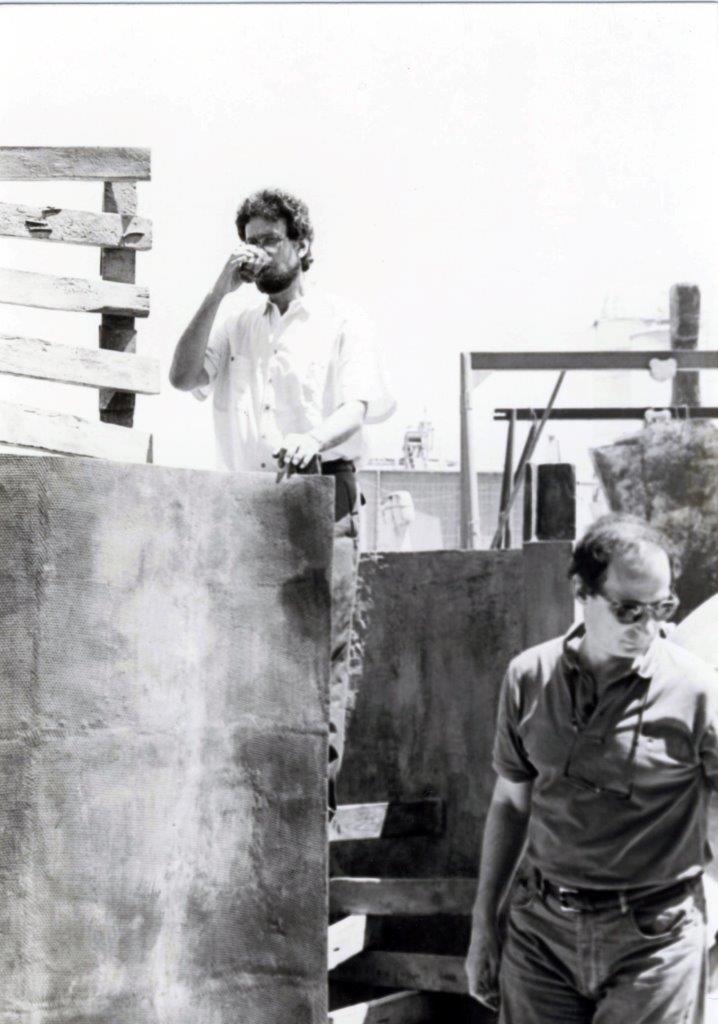 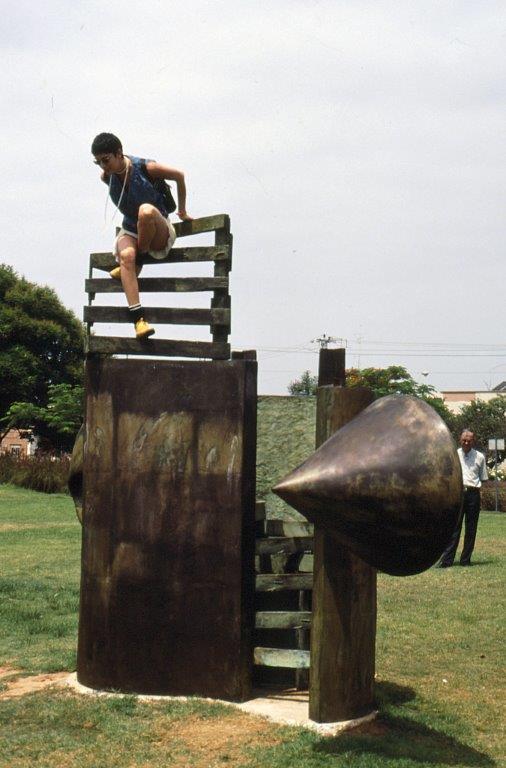 by Galia Bar Or, Director and Chief Curator at the Museum of Art, Ein Harod, Israel

Pavilion of Potential is a bronze sculpture, with an exterior texture reminiscent of asbestos. It is an odd structure that resembles neither a traditional sculptural form nor a shelter or home. Rather, it is a sort of space without a ceiling, which simultaneously closes in and opens up in a cochlear motion, like a sensual conch still reverberating with the hum of faraway places. In sharp contrast with the open space within are the two surrounding shells, portraying the perfect enclosure that is a safe place for the snail. The sculpture’s interior structure ascends, drawing the eye upwards, toward the sky, and downwards, toward the ground; this motion is captured in a spiraling staircase that is temporary, no more than a scaffolding. This scaffolding recalls the spine of a yet-unbuilt building and suggests, like Mira Recanati’s other works, a sense of transience, a state of perpetual becoming. This is the Pavilion of Potential.

Since 1988, among other works, Recanati has been casting in bronze slivers of asbestos and other construction debris, as well as leaves, branches, and conches taken from nature. From these objects she creates architectural forms that recall the early stages of construction or destruction. Her sculptures treat that which is deeply personal but also share the collective experience: a symbolic recognition of the influence of the asbestos shack that was the artist’s first home in Israel after her family emigrated in from the Soviet Union to Kiryat Amal in 1959. At the time, all housing units for new immigrants were built of toxic asbestos, a cheap and hasty solution to the problem of absorbing mass immigration.

Embedded in Pavilion of Potential are additional biographical influences: the artist’s parents’ experience. Both of them were teachers passionate about children’s education. The artist recalls their animated discussions of the importance of knowledge. Therefore, it is no wonder that this sculptural structure references the work of renowned psychologist and educator Jerome Bruner, among other educational theorists, who suggest scaffolding as a metaphor for the learning process.

However, there is more to the enigma of the Pavilion. The transient is fixed in bronze, but it is also rich with elements of movement. The sculpture recalls both the image of Jacob’s ladder leading heavenwards and the sexually charged form of an erect, masculine scaffolding embraced by the feminine envelope. This envelope also carries heavy, seductive shell forms, reminding us of huge ears listening to surrounding murmurs, or loudspeakers, spreading the news, as if the Posthuman witness absorbs and amplifies the vibrations of its environment.

Unlike temporary scaffolding used in the construction of a new building that is removed upon completion, the bronze spiral in Pavilion of Potential is a permanent one. As an element that springs from and interacts with its surroundings, the sculpture may also encapsulate an allusion to the state of the Zionist dream. The structure has been initiated, construction has begun, but the safe haven has not yet been achieved, the scaffolding has not been removed. It inspires opposing arguments of safety and fragility, temporality and permanence, the potential of a completed building and the remnants of a destroyed one.